Ketamine is an FDA-approved anesthetic that has been used for more than five decades all over the world. It’s also a medicine with fast-acting antidepressant qualities that mental health professionals have been researchingfor over 20 years.

While Ketamine isn’t recommended as a first-line treatment for chronic pain, depression, or any other mental health condition, it can be used off-label to treat severe cases of depression, anxiety, or PTSD that haven’t responded to other treatments.

According to Psychedelic-assisted therapy providers, depression is the most significant cause of disability in the world and the most common mental health condition that leads to suicidal thoughts.

With traditional antidepressants and counseling, around two-thirds of persons with severe depression achieve long-term symptom remission; the remaining one-third do not. 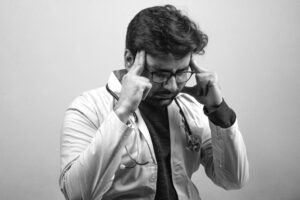 But the medication-assisted therapy of Ketamine has multiple significant benefits for persons with TRD, anxiety, persistent PTSD, and chronic pain, including:

Ketamine infusions relieves depressed symptoms swiftly, primarily within hours. While scientists are still attempting to figure out what causes this dramatic effect, they know that it is all because of that spike in glutamate levels caused by Ketamine infusions.

Although Ketamine infusion therapy is still being researched, many suboxone doctors claim that it effectively treats persistent depression.

According to several studies and telehealth providers, more than half of persons with TRD get considerable symptom improvement after just one infusion, and many more get relief after two or three.

Ketamine infusion therapy isn’t a “one-and-done” treatment that “fixes” depression in just one session, but it’s also not like traditional antidepressants, which must be taken on a regular basis for years (or for as long as they work).

Instead, ketamine infusions cause positive brain alterations that result in long-term symptom relief after just one session at Ketamine or Suboxone Clinics.