Addiction is a chronic disease characterized by compulsive substance use and uncontrollable drug or alcohol-seeking behaviors. It is suggested to have medication-assisted therapy or/with (depending on the condition) psychedelic-assisted therapy immediately. 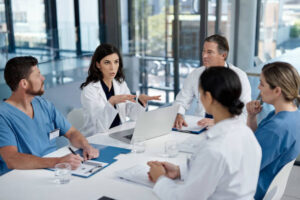 Whereas, Codependency is a learned trait that is widespread among couples who are struggling with drug or alcohol addiction. Those who are codependent frequently learn the behavior by observing another family member who is codependent. It’s a psychological issue in which a person is “managed or manipulated” by someone who has a pathological condition such as drug addiction.

Couples and spouses aren’t the only ones that suffer from Codependency. It can also affect family members such as parents, brothers, sisters, friends, and coworkers. Codependency, often known as relationship addiction, is characterized by behaviors such as caretaking, rescuing, and enabling that make one partner reliant on the other.

A codependent individual might, for example, make excuses for their partner, such as phoning in ill while they are hung-over. Because each partner constantly rescues or makes excuses for the other, these behaviors simply help to sustain the addiction.

People are often unaware that they are codependent unless they are educated about the condition. They may believe they are assisting their partner without realizing that what they are doing is destructive to both of them.

Thankfully, Codependency can be treated, and there are therapies that can help couples to live a happy and healthy life, such as Ketamine Infusion Therapy and Suboxone treatment. There are many Suboxone clinics you can approach for an effective and long-lasting treatment.

So if you are experiencing any of the signs, consult any suboxone doctor near you or ask about it on telehealth.