Centers for Disease Control and Prevention claims alcohol is the most commonly abused substance by youth and adults in the United States. In fact, according to the CDC, 25% of high school students report having at least one binge-drinking episode per month.

Furthermore, these binge events account for an alarming 90% of all underage drinking. Alcohol addiction has become a key issue for the city, state, and federal governments due to this and other data.

Alcohol consumption has numerous detrimental health consequences on its own, many of which lead to death. When used with other drugs, alcohol becomes even more dangerous, according to Suboxone Doctors. 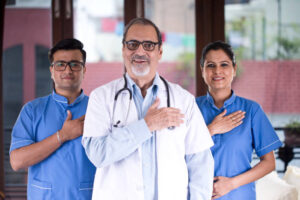 Young people who abuse alcohol are much more prone to take other drugs, such as prescription medicines. Prescription painkiller addiction has been more common in recent years, particularly among teenagers and young adults, according to research.

Medication-assisted therapy (MAT) has gained acceptance from the medical community for its capacity to effectively treat opioid abuse, and It is frequently used in the treatment of opioid addiction.

MAT involves the gradual introduction of and eventual tapering off of opioid drugs, with the goal of gradually weaning the patient off of opioids while minimizing withdrawal symptoms.

Suboxone is a medicine that is commonly used as part of MAT for opiate/opioid addiction. It uses the following ingredients:

Buprenorphine: Reduces the symptoms of withdrawal and aids in the control of cravings.

Naloxone:  is an opiate antagonist that works to reverse the effects of an overdose of opiates.

No doubt Suboxone is lucrative in helping people quit using heroin or prescribed opioids but it can also be misused. That is why Suboxone clinics and telehealth are preferable to consult with. Suboxone and Ketamine Infusion Therapy works well with psychedelic-assisted therapy as well. So if you are seeking any medical help regarding your condition, consult any of the above-mentioned healthcare providers immediately.