The young are told fairytales, fantastical adventures with princesses, kings, queens, heroes, and villains. Stories have happy endings and some end in tragedy.

Once upon a time in a castle in Englewood, New Jersey lived a princess and her family. Her mother, the queen, was a stay at home mother, the King worked as the CEO of his company. The princess’s name was Grace, and she was about to celebrate her seventeenth year of life.

At dinner time, the family would each fend for themselves, the king and queen would usually dine at a fine restaurant around the corner from their castle and the princess would have a salad and perhaps a breadstick or two. The king and queen would split a bottle of fine wine at the fine dining restaurant, followed by fine brandy. The castle is not a very happy home; however, the family tolerated each other.

The princess was a junior at the Englewood High School; she was getting excellent grades and was active in extracurricular activities, such as cheerleading. The princess’s self-image was poor, she thought that she was overweight and ugly. She would starve herself, eat only salads, or big meals and then purge. The princess’s distorted self-view was starting to make her weak and sickly. She was at a party one night where some of the kids were using a new research chemical called “Dragon” that a jester from a far-away land in the East had sent them. The princess decided to partake in the magical potion to fit in. Immediately, the princess felt warm and fuzzy, like for the first time the world was perfect. She loved the experience!

The parents didn’t notice that the princess’s grades were slipping and that she was skipping school. She dropped out of her extra-curricular activities at school and she started to steal gold and silver from the castle to buy more potion. The once beautiful princess was now skin and bone with a sunken face and dark lines under her eyes. The princess had everything but was lost in a lie of self-destruction. 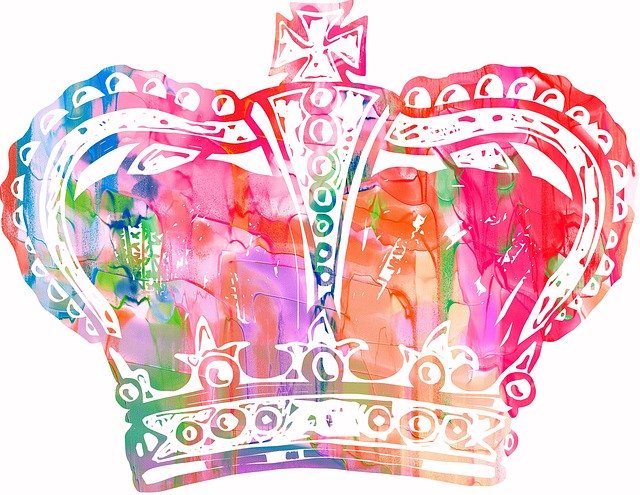 The school called the Queen and said that there was a problem with the princess. The Queen said that it was just growing pains, and nothing was wrong. A few days later, the sheriff caught three teens and the princess in the woods acting strangely. The sheriff returned the princess to the parents, saying that they needed to help the princess, that a jester from the East had sent a powerful, addictive magical potion that was killing off the local kids, eight had already died.

The princess’s life and health were spiraling out of control; the king called for help. The doctor sent a carriage to take the princess to get detoxed and twenty-eight days of treatment. The first seven days the princess was given medication to ease the withdrawal symptoms. Then she was moved to the residential recovery program where she learned about the problem of addiction, the solution to addiction, and the action needed to get well. She attended meetings and counseling, and was starting to feel better. They even addressed the princess’s eating disorder.

The parents prepared a festival for the princess’s return. They knew that in twenty-eight days the princess would be totally back to normal. They invited all of the princess’s friends and all of the family, planned a feast, open bar, and music. The princess returned home to a wonderful feast. The queen told the princess it would be alright for her to have a few glasses of wine, after all, that was not her problem. It wasn’t even a week later that the news in the Kingdom became dark when they announced the princess’s death. The dragon had won!

This is no fairytale; this is a reality! We are experiencing a drug epidemic in every town in the nation. Parents must watch for signs of drug use happening in their homes. Parents have to be careful not to enable addiction. Enabling is co-signing addictive behaviors, support recovery, do not support any type of addictive thinking or behavior. If the signs and symptoms are there, something has to be done, or the consequences will be grave. You cannot expect your child to go to treatment for twenty-eight days and come home fixed. Addiction impacts the whole family; if the family is not learning and changing, then the addicted family member will return to the same environment, triggers and stressors. Recovery is a process that takes time! Post-acute withdrawal syndrome can take much longer than a year to heal from. Long-term aftercare leads to long-term recovery is what research has shown. Families should not put unrealistic expectations on their loved ones after treatment. Treatment will lay the foundation to build a sober life upon; the building takes place after treatment.

Any of these stories can have a happy ending, there can be heroes, and successes. No one has to die from addiction. The villain in every one of these stories is addiction; in most cases, the hero is the addicted person who recovers because their recovery is up to them. The interventionists, counselors, therapists, parents, siblings, friends, grandparents, recovery coaches, treatment workers, doctors, sponsors, sober companions, all can be heroes in these stories. The thing is, we need more heroes because the villain has been winning. Become a hero through education, awareness, and prevention; together, we can save many lives, end this epidemic, and write new fairytales and stories!